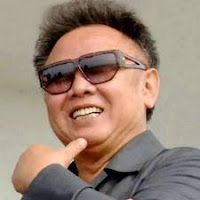 An era has ended!

I have spent most of the past two years working on a transformation project in Korea. I have come to know and respect my Korean colleagues. They have taught me many things.

Also they have shown me their resilience and stoic nature. I have been there while the North sank a naval vessel; shelled an island; launched missiles; and refuses to sit down to talks on nuclear disarmament. Through it all my friends continue with their lives.

Then there is the big question of re-unification. It is often discussed at the political level; however, I think it has lost its urgency with the populace - at least the younger people. Sure, many of the elders still have relatives in the North but this situation is literally dying away. The new generations don't have this emotional attachment and they wonder about the impact and costs of unification.

So, an unstable regime has transitioned to equal instability. It seems that the North is impervious to the world it lives in. It marches to a different drum, and a military drum at that.

I wish all the best to my Korean friends as we mark a new year. All they want is what all of us want - continued peace and prosperity. They have earned both.
Posted by Bud Taylor - Customer Driven Change at 2:28 PM No comments: