When Leaders Promise, But Don’t Deliver

Most business people aspire to be leaders. We know this is the pinnacle of our profession.

o Most of us start out as “individual contributors” where we get results though our skill, raw talent, or determined force of will. But individuals don’t move mountains

o Next we learn the mechanics of managing people – planning and controlling. Our ability to get results augments exponentially; but there is a limit. We can only get results through people we can “touch” – resources we actually control

o Finally we come to understand that transformations, the big bangs, come through leadership – that mystical ability to inspire and excite others to do extraordinary things. “I have a dream…”; “ask not…”; “yes we can…”

Why do we follow these people? We’re told that it’s because they can communicate. They reach our souls. That may be true in some cases, but Bill Gates never inspires me, but his friend, Warren Buffet, does. No, there’s something more going on than inspirational communication. 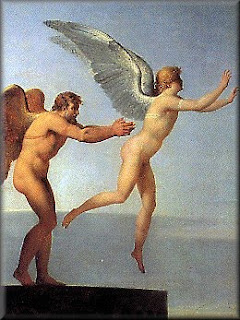 I think that leaders reach some deep level of trust with us. We believe in their words and how those words make us believe in ourselves. In many parts of life this is a complete formula: motivational speaking and evangelical eulogizing come to mind.

But leadership in business is more than talking and sermonizing. It’s more than infusing people with hope and sending them on their way. Inspiring people with the excitement and vision of flight is figuratively uplifting until they step off the edge of a cliff. At this point they learn the hard reality of Leadership Betrayal.

Why do we trust people when they are painting us the “…too good to be true” picture? How have they convinced us that we can do something that hasn’t even been in our dream space?

Well, we believe because we not only believe in their words, but we believe in them. We implicitly believe that their inspiration comes with their support. The Grande Armee believed in Napoleon because he was the first to charge into adversity. He painted the inspirational vision and then made the decisions to bring it into a focused picture.

When our leaders speak, we interpret this to mean that their ideas will be backed up with the management discipline and resources needed to implement the grand new idea. Management mechanics will support leadership dynamics. There will be resources, supply chains, systems and controls, legal agreements and what ever else is necessary to turn the ordinary into the extraordinary. And more than anything we expect to bask in the radiance of the leader as we work to change the world.

But what happens when vision isn’t being achieved, resources run out, and the leader is out chasing a new shinny thing? Leadership Betrayal, that’s what. All of a sudden the vision is exposed as unattainable in the absence of the elite talents of the leader.

However, the leader sees it differently. They see that the subordinate has been empowered to make things happen – “…just like I would.” They lose faith in the subordinate. They start to see the subordinate as a mere mortal – “…just another mechanic who can’t turn my ideas into reality.

The leader withdraws resources and their attention. Leadership Betrayal goes into ever decreasing concentric circles until intense acrimony destroys both parties.

Does it have to end this way?

If you answer “yes” to these questions, your organization may suffer from “leadership betrayal”

1. Do you have a leader? Someone with big ideas, resources, and the ability to inspire others?

2. Is there a pattern of betrayal? Are there several incidences where big ideas have failed and people feel they were abandoned

How do you reverse this trend? Training is often not the answer. Leaders are more born than made; they just haven’t developed the management discipline to support their leadership. However, management training for natural leaders is usually tedious and repugnant to them.

You might be able to find a trusted lieutenant – Eisenhower had Bradley and Gates had Balmer; but the operative word is “trusted.” Who can you trust when the issue is potential betrayal? When will internal politics overcome the good intentions of the lieutenant? The role of 2iC (second in command) is difficult to sustain.

The best way to guard against Leadership Betrayal is to support with leader with management systems that can be sustained. Here’s an approach:

1. Vision. By definition it can’t be precise. But it should derive from some fundamental principles or values. Are these clear?

2. Migration Path. The vision gets clarified as you pass through stages and gates. Are the milestones clear and realistic?

3. Resources. Are there resources to meet each milestone?

4. Competence. Do subordinates have the competence to drive toward the dream? Are you asking a technician to be Steve Jobs?

5. Reward. Not every idea will result in short term, independent wealth. Is the reward overstated?

6. Attention. Did the leader abdicate? Did they set a dream in motion and then lose interest

Leadership is a rare quality. It should never result in betrayal.

Posted by Bud Taylor - Customer Driven Change at 7:14 AM No comments:

Did you know that:

o 500 to 1000 books are published everyday in the United States?

o if you get your book into Barnes & Noble, you’ll make less than $2.00 for each book they sell?

I wish that I had understood these numbers two years ago when I struck out to write my book, Customer Driven Change: What your customers know; your employees think; your managers overlook. Reactions to my authorship tend to be: “what an accomplishment,” and “I think I'd like to do that!”

I'm appreciative of the first comment - since it took me several thousand hours of work; however, I've got to caution you about trying this on your own. Be forewarned, it will be the most excruciating experience of your life. The wonder of writing a business book falls into three sections: 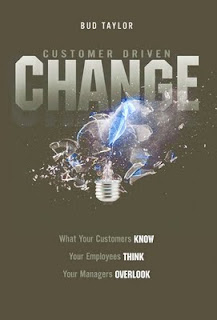 You’ll need more than a good idea. You’ll need long periods of quiet time. You’ll also need an editor. Usually a family member or friend is not a good idea - but there are exceptions, particularly if you're paying them.


Oh, one other thing. Did you ever wonder why business books have a boring look and textbook feel to them? It's because every time you add a graph, chart, table, or call-out you add in printing complexity. There comes a point where "user friendly" is cost prohibitive.

You should decide on how you will publish before you have completed the manuscript - or even have a good draft. Basically you have three publishing choices, each with pros and cons:

Don’t fool your self. You may have written the next Wealth of Nations. At this point it’s not about content. It’s about finding people to write reviews; getting media spots; selling books to distributors; mailing books to colleagues and carrying boxes of books to meetings. Sure, Amazon will post your book, but who will buy it if they haven’t heard about it? Oh, yeah – there’s that “viral marketing” thing, right. Well be prepared to invest in a website, produce videos, and write a blog (yes, like this one).

Writing a business book has a lot of intrinsic value, such as personal accomplishment and supporting another line of business like consulting. But don’t get into this venture to make money. People make money in the publishing business, but it’s rarely the first time author.

Posted by Bud Taylor - Customer Driven Change at 9:17 AM No comments: